Listening to Shadow Gallery, Rain from the album Room V. Shadow Gallery is a progressive metal band, which formed in Pennsylvania (USA) in the 1980's. 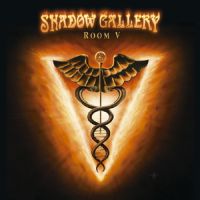 Room V is is a concept album. It continues the story that was started on the album Tyranny,
picking up after Tyranny's Act II.

On Tyranny the story opens with a Man, who explains that he worked for the government,
designing weapons of mass destruction for ongoing conflicts in the Middle East.
He becomes aware of the loss of innocent peoples lives because of his work,
and questions himself and feels guilt.

At the end of Room V the Man has finished his work with the forces, he continues to search for his lost daughter within the woods of Alaska. He is tired of this world, and begs to his dead wife for her shelter.
It is implied that the Man may have died at the end, but his ultimate fate is left open-ended.